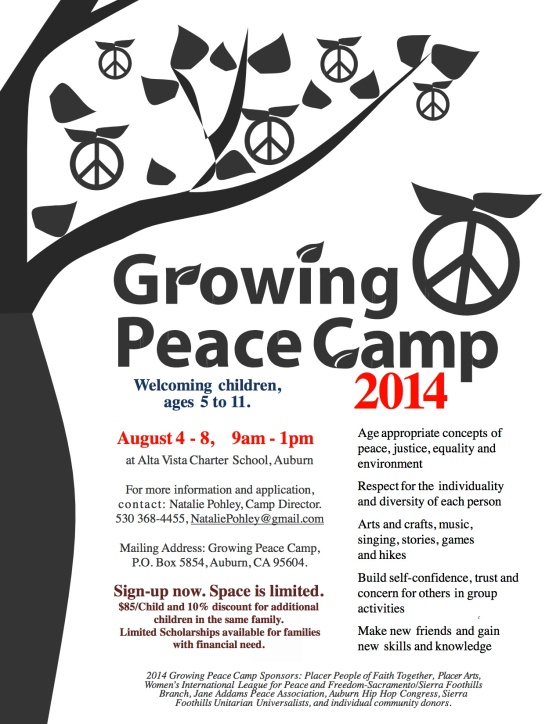 Bula Bug will be performing Bug workshops to teach children how to co-exist with the tiny creatures of our world next Wednesday 8/6/14. If you would like to sign your child up its not too late!  Here is the info:

A Message from the Director of Peace Camp:

We are looking forward to this years Growing Peace Camp! We will be holding camp at Alta Vista School again this year on Monday, August 4th –Friday, August 8th from 9:00am-1:00pm. We would love to see you all this year! Spaces are filling up quickly so please get your applications in soon!

Growing Peace Camp is a five-day program open to elementary school children ages 5-12, that teaches age-appropriate concepts of peace, justice and equality though fun, hands on activities and experiences. Music, art, games, special guests and leadership activities will be planned around daily themes and concepts of peace including:

At Growing Peace Camp, the young participants get to learn about and experience:

*Respect for individuality & diversity of each person

*Building self-confidence, trust & concern for others in group activities

ALL while having FUN, Making new friends & gaining valuable skills!

Registration is open. Space is limited. Application can be downloaded at:

The Caterpillars are out!

While visiting the American River Confluence in Auburn, CA for a day of hiking and sunbathing, we came across dozens of beautiful moth caterpillars, here are a few photos sharing the experience, watch out! It’s a caterpillar crossing! 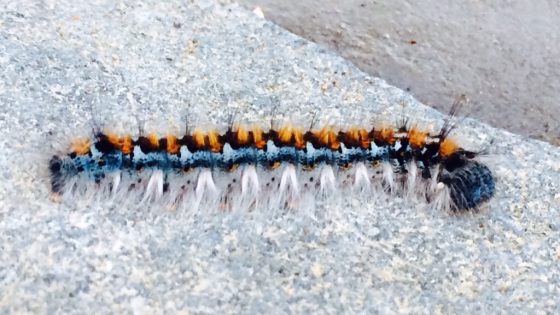 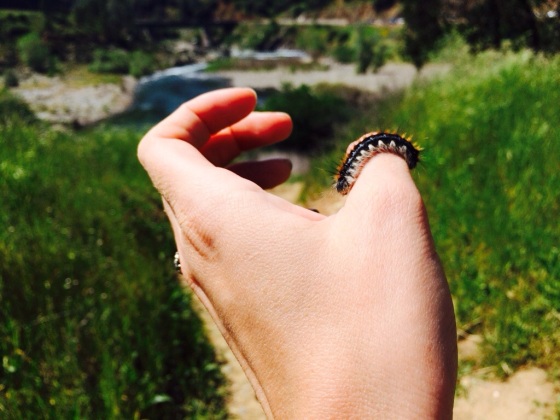 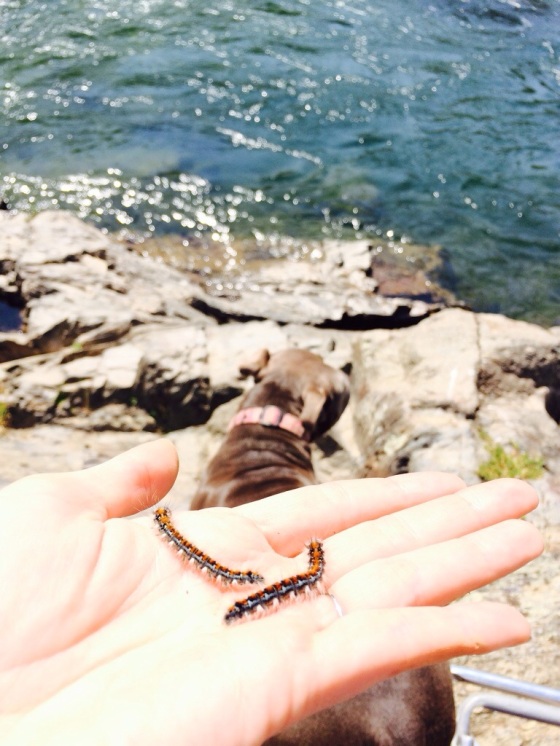 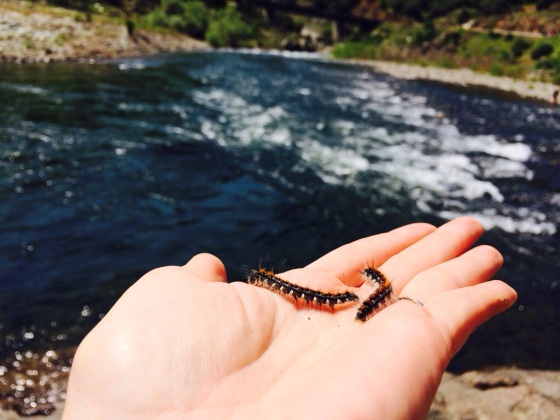 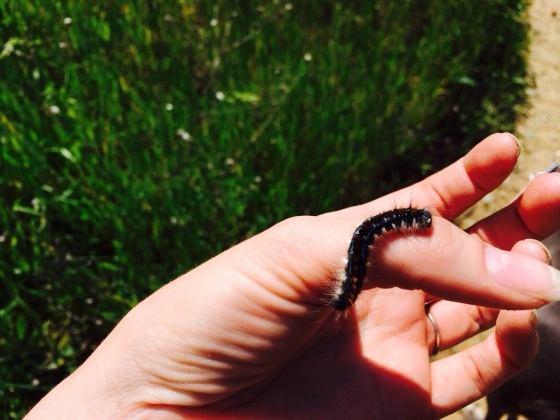 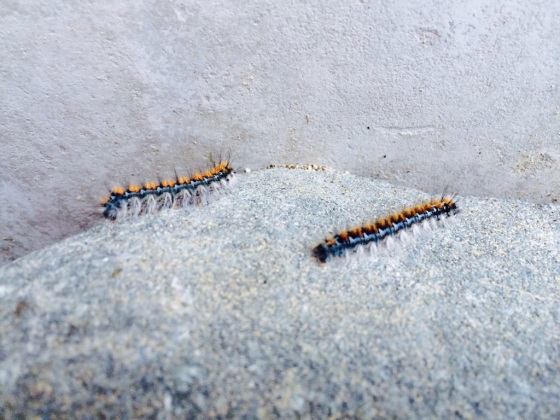 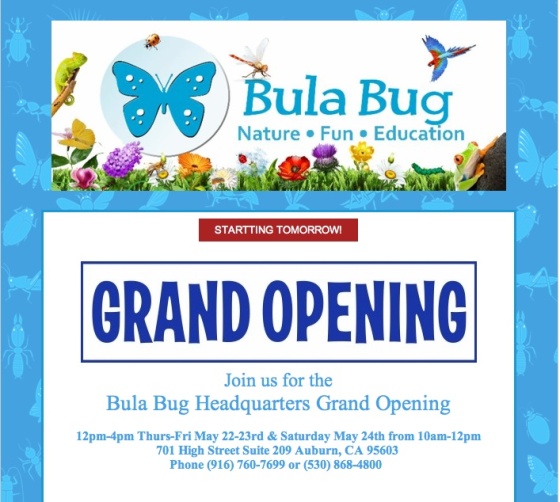 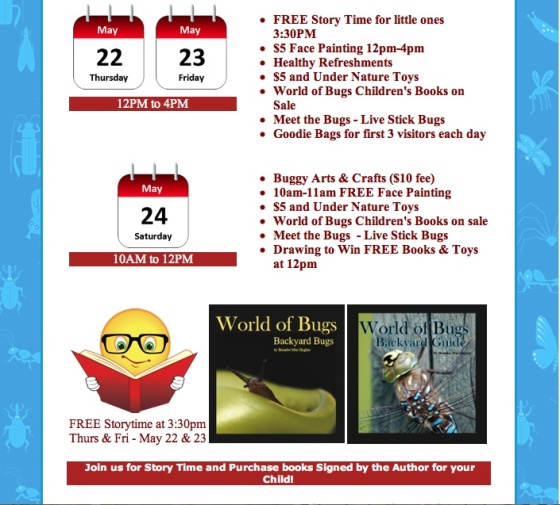 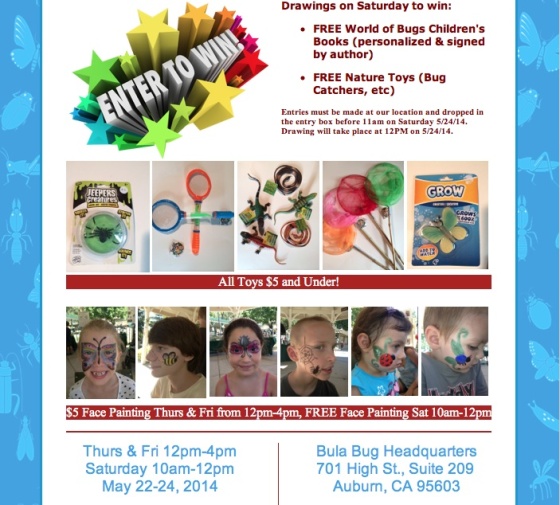 While out on a river walk we ran into some beautiful caterpillars. Today is a great day to get out and explore. See what you can find!

Look what we found on a Nature Walk yesterday!

A bumble bee stopping for a drink and a little frog hanging out in his awesome little home. Our world is full of beauty! Take a Nature Walk and see what you can find 🙂 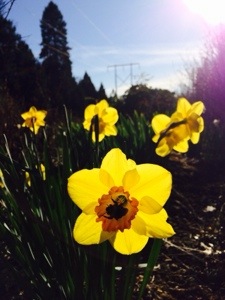 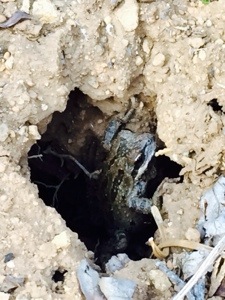 Spring is Here! Flowers are blooming, bees are buzzing

Spring is here! Encourage outdoor exploration and get your child excited about Nature!

The World of Bugs Series is a great guide to the bugs in your backyard. Children learn about dangerous bugs, how bugs blend in, what bugs they may find and where they can find them. 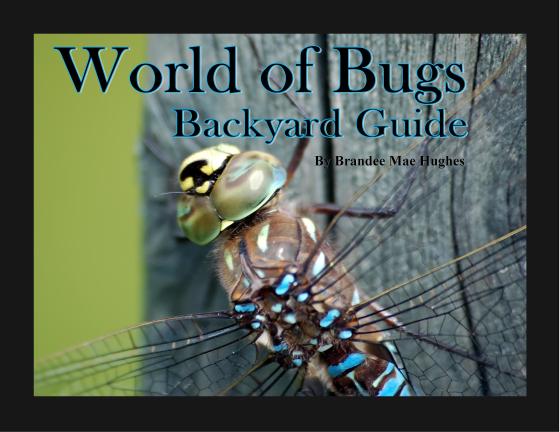 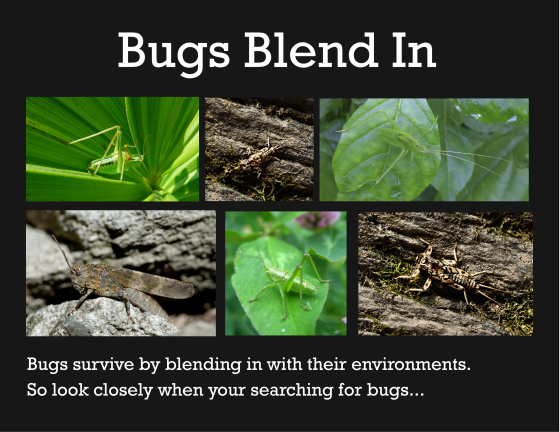 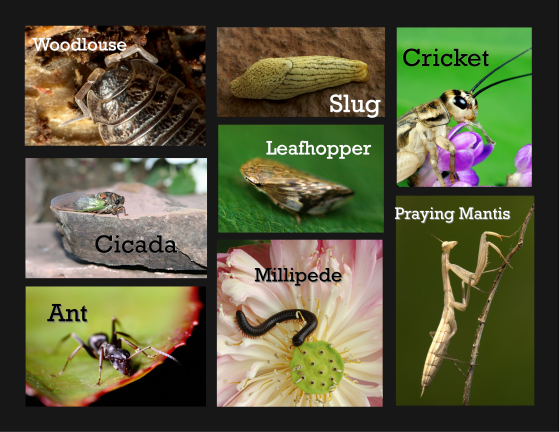 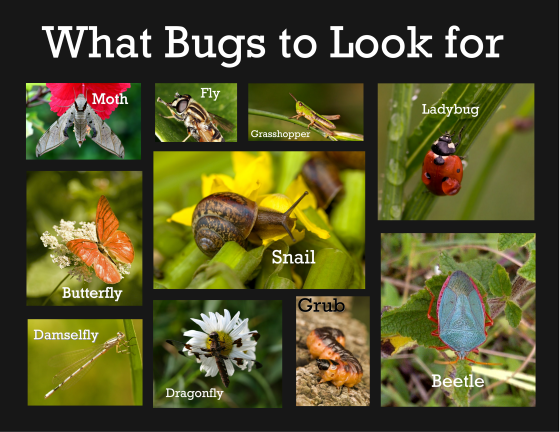 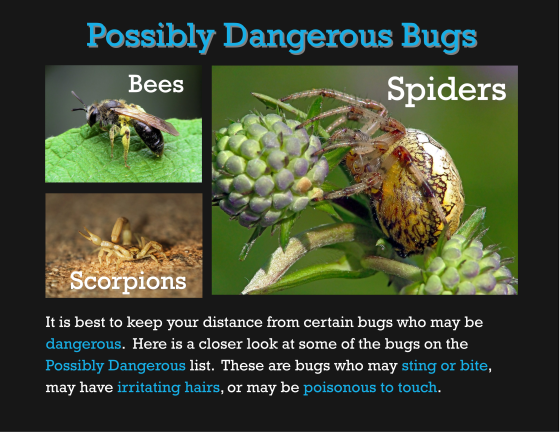 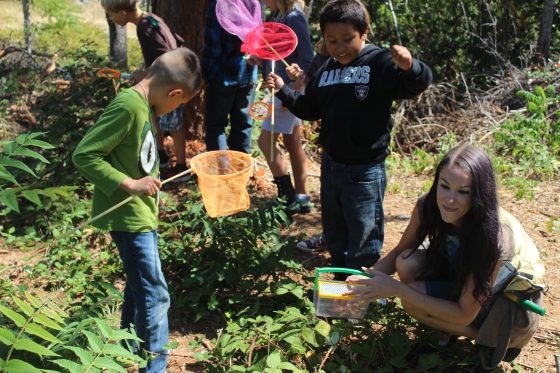 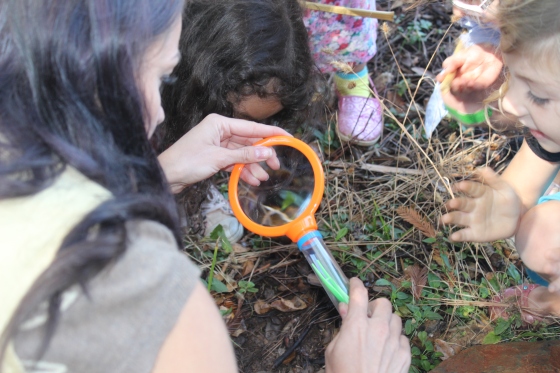 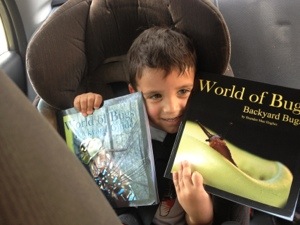 Herbs that keep unwanted bugs away from your garden Citronella Grass
Originally from Asia, citronella grass is a coarse plant that grows well in tropical climates such as California and Florida, reports Flordata.com. The oil derived from this grass is the primary ingredient used to keep all manner of bugs in check – either by applying it mixed with vegetable oil to your skin or burning it in candle form.

Basil
A common ingredient in a variety of delicious spring and summer dishes, basil is also a powerful weapon against the common housefly. According to TLC, this adaptive herb can grow in many different climates – from the dampest forests to the driest desert plains. By simply placing a few basil plants in key locations around your home and yard, there won’t be a fly in sight. This herb also works well at keeping mosquitoes away.

Mint
This popular flavor is an herb that works well for keeping ants and even mice out of your home’s interior. TLC reports that sister plants like catnip and pennyroyal are also great for keeping fleas, mosquitoes and flies away in addition to ants. Simply leave out a few bowls of dried mint leaves to keep your home pest-free 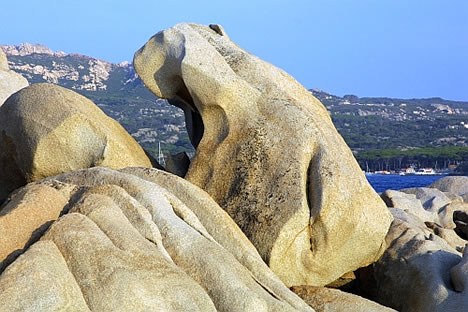 Here are a few picts of some fun animal shaped rocks! Enjoy 🙂 By Angie in Animals & Habitats, Geography & Travel, Nature & Ecosystems The world is full of bizarrely shaped boulders and other natural rock formations that humans see as familiar objects. The brain tends to perceive an animal-shape or, even more popular, a human face hiding in […]

Should we be eating bugs in our daily diet? Insects food stall in Bangkok, Thailand (Photo credit: Wikipedia)Get ready for bug burgers. The U.N. Food and Agriculture Organization has a massive new report out today arguing that we should all have more insects in our diet.

Get ready for bug burgers. The U.N. Food and Agriculture Organization has a massive new report out today arguing that we should all have more insects in our diet.

You say menace, I say delicious. (The Washington Post)

What’s more, edible insects are environmentally friendly — farmers don’t need to clear acres of forest to raise them, and the bugs produce fewer planet-warming greenhouse-gas emissions than, say, cows. It could be a sustainable way to help feed a growing world whose demand for protein is soaring.

Over at Slate, Matthew Yglesias lodges the obvious objection: “Of course the problem with eating insects is that it’s kind of gross and they don’t taste very good.” To address that concern, the U.N. report includes a chapter asking why Westerners are so averse to eating bugs. After all, some 2 billion people around the worl

d include insects as part of their diet.

Unfortunately, there aren’t any slam-dunk theories here, but the report does lament the fact that Westerners are pushing their anti-bug bias on the rest of the world:

Western attitudes of disgust towards eating insects have arguably also influenced the preference of people in tropical countries. According to Silow (1983): “It is known that some missionaries have condemned winged termite eating as a heathen custom” and for that reason a Christian person told him that “he would never taste such things, valuing them as highly non-Christian”. In Malawi, research has shown that people living in urban areas and devout Christians react with disdain to eating insects (Morris, 2004). …

According to DeFoliart (1999), “Westerners should become aware of the fact that their bias against insects as food has an adverse impact, resulting in a gradual reduction in the use of insects without replacement of lost nutrition and other benefits”.

Granted, not everyone in the West is so averse to eating bugs. My colleague Ashley Halsey III has an amazing story today about D.C.-area residents who are actually excited about the coming cicada invasion this summer — for culinary reasons:

Jack Dobbyn, a bigwig in the local Democratic Party … is looking forward to eating this year’s cicada crop.

“You saute them with lemon and butter,” Dobbyn said. “They are crunchy on the outside, but they’re soft in the middle.”

So there’s one vote for a bug diet. Nothing a little butter and sautéing can’t cure.

Then again, if Dobbyn’s recipes don’t inspire a new generation of cicada gourmands, the U.N. report does have a few other recommendations. For instance, as this paper notes, farmers might consider using insects as chicken feed, instead of increasingly expensive fish meal or soybean meal. There are even some side benefits: “By feeding insects to chickens, the use of antibiotics in the poultry industry  — which may lead to human infection with drug-resistant bacterial strains — may be diminished.”

Can slugs possibly be pretty in pink? Newly discovered giant, fluorescent pink slugs have been found only on mountaintops in New South Wales, Australia. The NSW National Parks and Wildlife Service released this image of the slugs. “A series of volcanos and millions of years of erosion have carved a dramatic landscape at Mount Kaputar National Park creating a fascinating world with some very colorful locals,” the National Park Service posted along with the photo. On some mornings, hundreds of the glowing gastropods can be seen in the park. 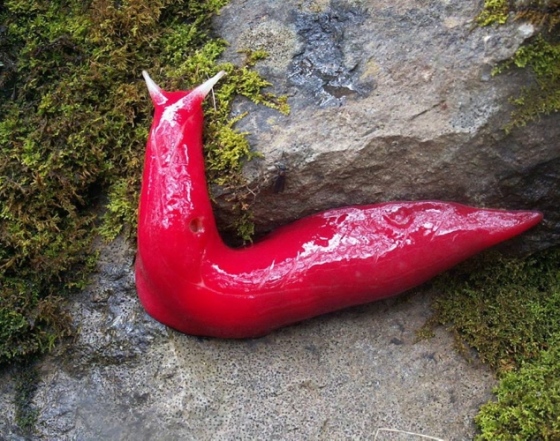